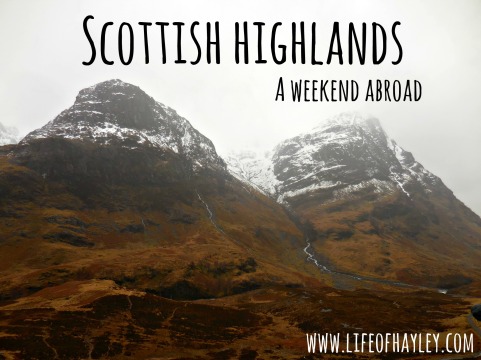 Hello, lovely readers! I think I have kept you waiting long enough for part 2 of my adventure through Scotland. We left off with me spending the night in Edinburgh.

The next morning we all had a quick breakfast at the hostel before boarding the bus and setting off at 8:30 for the Scottish Highlands. Ever since I visited Switzerland back in 2011 I have been in love with the mountains. They are just so big, beautiful, and mysterious. I love winding through them as we drive and staring out the window. 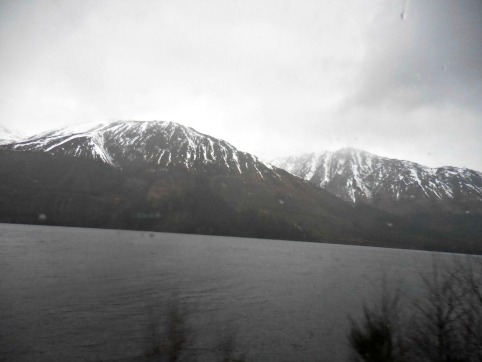 We drove for about an hour before stopping at Stirling Castle for a short visit. We met another Scottish tour guide who led us around the castle telling us the history and facts. The tour guide had a really thick accent which made him hard to understand but I still enjoyed the tour. 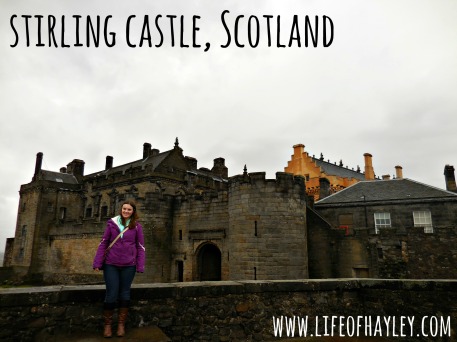 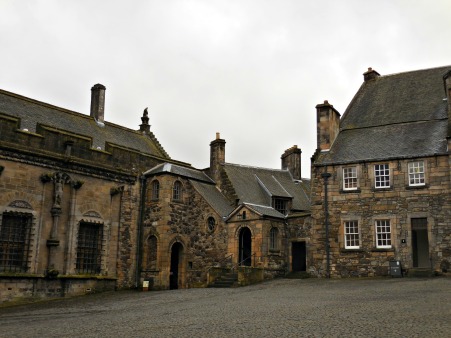 While wandering around the castle my iPhone broke which made me really anxious. It did the thing where an “iPhone is not backed up” message pops up and won’t let you open your phone. Usually you can just restart your phone by pressing the circle and lock button. However, my lock button is broken so I had to wait until my phone died naturally and then hope that when I plugged it in to charge it would turn back on.

After the castle and iPhone incident we boarded the bus and continued on our journey. We stopped in Tyndrum for lunch where Dani, Diana, and I had a delicious meal of fish and chips. Yummmm…. 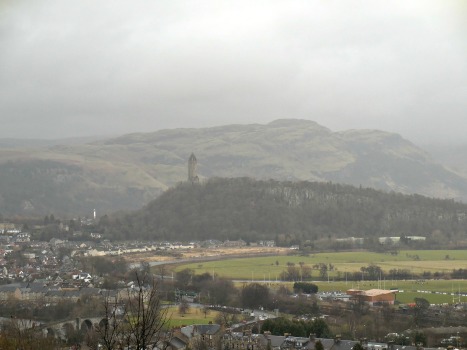 After lunch we headed to Glencoe for a quick picture stop. It was raining so many people decided to stay on the bus. I decided not to let a little rain put a damper on my weekend so I left the bus to explore in the downpour. Glencoe is absolutely beautiful. We only stopped for 15 minutes so I didn’t have enough time to explore properly but what I could see was amazing. 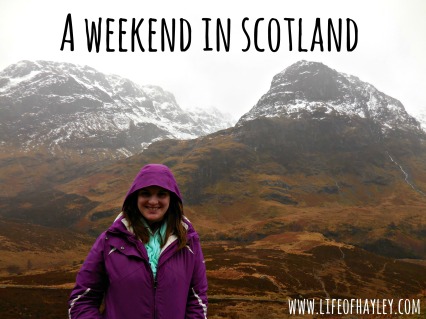 After another hour and a half of driving we arrived in Fort Augustus near Loch Ness. Our first stop was the Clansman Centre where a man named Ken told us what it was like to live in the Highlands hundreds of years ago. I was really surprised to hear about the horrible conditions that those people had to live in. I guess I never really thought about what it would’ve been like to live in the mountains without technology, heat, and sanitation methods. After telling us the history of the highlands, Ken proceeded to dress one boy and one girl in traditional Highland gear. It was hilarious and very entertaining. If you are ever in the area I would suggest stopping and seeing a show.

Our next stop was the hostel that we were staying at for the night, Morag’s Lodge. We had a traditional Scottish dinner of chicken, haggis, potatoes, and vegetables with a creamy whiskey sauce. I’m really glad that I didn’t look up what haggis was until AFTER I had already eaten it. I think that when you visit a place you should always try the food even if you are positive that you won’t like it because it’s part of the experience. I enjoyed dinner a lot and felt really full for the rest of the night.

The hostel was such a fun place to be and we decided to stay in and enjoy it rather than explore the small town. The hostel had a bar where we hung out for the night. I’m not a big drinker so I mostly just watched people drink and laughed at them when they started dancing on tables. I had so much fun meeting new friends, talking, laughing, dancing, and staying up late. Eventually, we all went to our rooms to sleep because we had to be up at 7:30 the next morning!

Thanks for reading! Stay tuned for the third and final installment of my trip to Scotland!

P.S. I am back from Paris and I leave for Germany on Sunday! 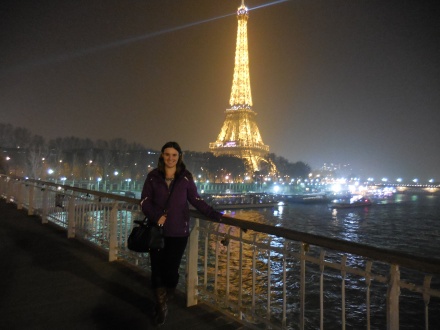